HRH The Archduchess of Sevri 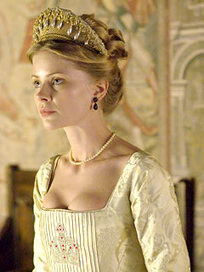 The Archduchess was born the third children of the prominent Aldarion Alcedina and Lady Silderién Myth Selena and spent her childhood at Izmir Castle. Prior to her marriage Princess Aredhel served the Imperial House Alcedina with distinction, and studied Geopolitics and Nuclear Engineering at Darche University.

Upon her marriage to the Crown Prince, Her Majesty Queen Sophia created her Suo Jure 1st Duchess of Austrova, Countess of Caserta and Baroness Lysara. The Crown Princess was inducted into the Order of the Rose as a Lady Companion shortly after her marriage. Prince Edward moved his primary residence from the archducal palace in Sevri Islands to Queen Elizabeth's Palace in Vinera, establishing it as the royal couple's official residence.

Motto: Ad Augusta per Angusta (through difficulties to greatness)

NB: The titles above are how Her Royal Highness would have been styled in Izzyshipper, not in the Quendi Empire. 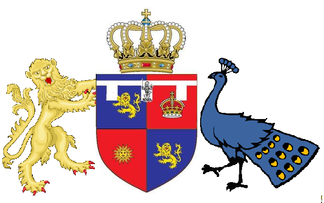 Arms of HRH the Archduchess of Sevri